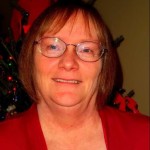 There seem to be many that are uncomfortable, scared, or apprehensive about the End of the World. There have been many predictions of the end of the world. There were predictions just last year, as well. It hasn’t happened yet. Today we have the Mayan Calendar that some have said indicate that December 21, 2012 will bring the apocalypse.

There are four theories and I am oversimplifying them here:

• Geomagnetic reversal triggered by massive solar flares
• planet will collide with or pass through the Earth’s atmosphere
• A new cycle of human consciousness due to super novae in alignment with Earth
• Solar activity and planet orbits may cause a disruption in time.

In light of this, what are your plans for this year? Hopefully you won’t sell all your stuff and sit around and wait on it. Perhaps it will be an impetus to get some things done that you’ve been putting off for years. Maybe you’ll make some positive changes in your life that you’ve thought you’d have plenty of time to do later. There are many things you could think about, try to work out and/or take action where before you have only been inactive. These would probably all be good things … but they would be done for the wrong reason.

As all the predictions of the world ending have come to naught, this too shall pass. If it causes you to examine your life, attitudes and values … it will have served a great purpose. Many of us have procrastination tendencies. We think we have all the time in the world. This isn’t just about the world ending … it is about your world. Rather than worry needlessly about some future event, why not be honest with yourself and realize that each day is a gift. Use it well. None of us are promised tomorrow or even our next breath.

If you find yourself more concerned with the End of the World than you feel comfortable with, why not use this as a starting point to begin the changes in yourself that you have been putting off. Whether the world ends in December or not … each day you walk in the new and improved you, constantly striving to be a better individual … this is definitely a worthwhile goal.

( more by Anita can also be found here )

My Life Motto: Live, Laugh, Love! My 3 children and 4 grandchildren are my heart! These are the important things to me. I have done many diverse things throughout my work and life: too much to add here. I try to stay positive in a world where negative seems to be the norm. That's not to say you won't see a rant or two in my posts :-)