Are Wii getting fit? 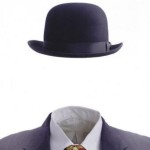 A few months ago I shared with you a bitter sweet story (here) about the Wife letting me buy a Wii.  Unfortunately this was for the purposes of getting fit, rather than for the intention God had, which is goofing around getting drunk and making a fool of yourself on it.  The Wife had insisted that we also buy the Wii Fit, but luckily due to a tough financial month, that got put on the back burner.

Since then I have been enjoying the delights of Mario Kart and Rabbids Go Home.  All great fun and all nothing to do with her intention of getting fit, although in my defence I do play Mario Kart standing up so it’s almost exercise.  Time was ticking away though, we had a holiday booked and I had promised to shift some weight before we went.  I would have to give in eventually.

The final straw was when she put Wii Fit Plus on her birthday list, I knew I could no longer procrastinate, so I bit the bullet and went shopping.  A part of me did resent the back-handed way she had gone about getting the damned thing, but I guess that’s just what wives do.  I did get my revenge though, I bought it with one of her credit cards, let’s just call it Wii Fraud Plus.  Her birthday came around, and she opened her pressie with a look of triumph, a look I will be returning when the credit card bill comes in next month.

Being a bit of a technophobe, she asked me to read the instructions (yeah right) and set it up for her whilst she was at work.  It all seemed fairly straight forward despite the two bulky instruction manuals.  I’ve actually taken to using them as weights when I’m sitting around doing nothing.  I guess the plan was for me to figure out how it all worked and do some of the games (?), and then talk her through it later.

I stood on my over-priced piece of plastic, let it do all its measuring and calculations, and then watched in horror as my nice slim avatar turned into a basketball with arms and legs.  The shame of it, I had always considered my beer belly as a badge of honour, something that showed the vast investment I had put into it.  Now this stupid, not so little, cartoon me made me look at it in a different light and it wasn’t a rose tinted one either.

I set myself a goal that shouldn’t really impact on my beer drinking, but would maybe show enough of a difference to keep certain people quiet, and started on some of the training routines.  Truth be told, I was quite surprised by how enjoyable some of the game based ones were.  Slalom skiing was quite a laugh, as was the skateboard.  The golf sim whiled away some time, and the boxing workout was inspired, I only wish you were able to put a picture of someone on the punch bag.

It’s been a couple of weeks now and although I give myself the weekends off for drinking and motivational purposes, I’m still using it on the other days.  I really do need to remember to pull the blinds when I use it though.  I was in the middle of a yoga, I mean boxing, routine when I saw three faces peering at me through the window.  I went to the door and they introduced themselves as Jehovah’s Witnesses, obviously from the nosy chapter.  I slammed the door with a shout of “You could see I was busy” with maybe a couple of cuss words thrown in for good measure.

I obviously need to go and practise my Yoga as I thought it was meant to calm you down.

goonerjamie can also be found here

I am a 30 something househusband and Stay at home Dad. Have been gaming since I borrowed a ZX81 for a weekend, and yes I am that old OK.

One thought on “Are Wii getting fit?”