Hate the movie, love the soundtrack 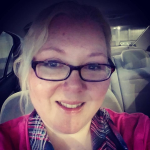 I was discussing with a friend this weekend my love/hate relationship with the song A Thousand Years by Christina Perri. I have this problem. I read the Twilight books. They were okay till the last one. I saw the Twilight movies up to Eclipse. Then I just couldn’t do it any more. I know I’m going to get a ton of Twihard hate mail but really? Problem with this relationship is whoever does the music in these movies is a clever clever person. Music is great. Hate the movies. I love A Thousand Years but I cringe when I hear it simply because of what it represents.

I’m the same way with Empire Records. I’m not a huge fan of the movie. I love the soundtrack. If you want a soundtrack that could just be retitled “A good portion of what the 90’s was like” then that’s your album. Just add in some Nirvana for good measure. My friend mentioned Dirty Dancing. Both of us are huge fans of the soundtrack and we couldn’t care less if Baby was left in that corner. The music? It wasn’t great but it everyone loved the hell out of that soundtrack.

That got us to thinking of if the problem was that the music wasn’t a another actor in the film or it was just snippets of framing for scenes. Is that why the music was so good because you heard a little 30 second clip of one portion of the song that helped move from point a to point b in the film? Or was it just as much of the film as everything else? Take O Brother Where Art Thou. The music in that film is just as much a part of the film as the actors and stories themselves. I could be bold and say that Purple Rain didn’t need the movie to have a great soundtrack. Some movies, like The Graduate are one song, Mrs. Robinson.  Trainspotting is a great movie and has a great soundtrack.

What do you think? Is there some soundtracks that you just must have? Do they have any impact on if you like the film more? What about soundtracks for today’s movies?

Radiovixen is a 30 something former radio dj, producer and voice performer. She spent a great deal of her youth listening to way too much music and drinking too much coffee. In other words, everything her high school guidance counselor suggested she should not do with her life. She's a writer, graphic designer and baker of cupcakes. When she's not talking about music, coffee, politics or zombies on her blog, Radiovixen.com, she's living it up in Kansas City.

3 thoughts on “Hate the movie, love the soundtrack”