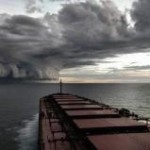 You knew it was coming right? Displaced Super Bowl fans suing everybody involved for the ticket/seating fiasco. Of course you did. It’s exactly what everyone expected to happen except maybe the NFL who continues to try and appease those affected by the ticket/seat debacle.

The NFL is now offering the 400 fans who bought tickets but didn’t get a seat a choice of a $2,400 plus a ticket to next year’s Super Bowl, or they can accept a new offer of one free ticket, plus round-trip airfare and hotel accommodations, to a Super Bowl of their choosing. The $2,400 offer does not include any travel or hotel costs or any reimbursement of fans who paid higher than value for their Super Bowl tickets. The lawsuit seeks 5 million dollars in damages and names the NFL, the Dallas Cowboys and team owner Jerry Jones as defendants.

Other lawsuits are popping up including one filed by a lawyer named Mike Dolabi, who said that he and other fans paid at least $100,000 for a seat license promising a Super Bowl seat with one of the best sightlines in the stadium. Instead, the fans had to sit on metal folding chairs with partially blocked views. The suit alleges breach of contract, fraud, breach of good faith and violations of Texas’ deceptive trade practices law. In addition, to this suit, there are websites popping up everyday with some kind of Super Bowl lawsuit connection. It seems that everyone wants in on the action. Unfortunately for some of these sites, the use of the words Super Bowl in their dot com address could result in even more lawsuits, this time from the NFL side of things.

Deborah is a writer, editor, poet, and mom. She writes about sports, relationships, poetry, and the proverbial novel. An affirmed coffee and text addict, she enjoys meeting new people with shared interests.