A Mayor’s Work is Never Done 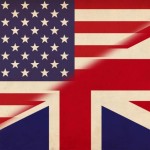 I’ll preface this by saying, up front, that I am not a mother. That, however, doesn’t mean I can’t offer both my support and an opinion.

Here’s the support part, directed towards moms: congratulations to mothers! It’s a tough job and, given all the pressures that come with raising a normal, healthy and productive human being in this society, I wish you and your children well. Here’s the opinion part — and though my opinion is about an issue that faces mothers, the commentary is not directed toward mothers.

What am I talking about? New York City’s Mayor, Michael Bloomberg, recently stated that he wants to urge new mothers to breastfeed their babies. That, in and of itself, didn’t seem like a harmful statement — albeit a somewhat presumptuous statement coming from, well, a male who wasn’t speaking in the capacity of a medical professional. After all, there are many studies that show breast feeding has many benefits; breast feeding bonds a mother to her child, and breast milk provides a baby with nutrients and antibodies that cannot be readily found and/or duplicated in baby formula.

But that’s not really my point.

It was when he stuck his nose in the fray to state that hospitals should lock up their baby formula, effectively forcing moms to breast feed. Really? In the push towards a state-sanctioned nanny state, what did Mr. Bloomberg base his decision on? Yes, there are budgetary concerns; it costs money to provide breast formula for every new mother in a hospital but still the Mayor’s move crosses the line. The mayor didn’t just take a further step toward the right by joining them in the so-called “War on Women” by stigmatizing those moms who choose to feed their babies formula (whether by personal choice or because their own health condition makes breast feeding prohibitive) but, in yet another imposition of his views, he set the stage for more government-sanctioned mandates while pitting mothers who breast feed against those who don’t.

Wasn’t the mayor a Republican at one point? Whatever happened to all of that ‘get government out of the way‘ talk? We have already seen that the mayor is willing to push for limits in other areas that many would see as a matter of personal choice. But whether it’s the sizes of sugary drinks movie theatres can sell, or imposing more restrictions on automobile drivers in his city, seeking to govern  how women feed their children has moved from simple governance to an issue of “big brother” watching in areas that do not concern him.

So, what choices will be left to us, the public, to exercise in accordance with our own free will?

Apparently, if it’s up to the mayor and other officials like him, the choices are few.

One thought on “A Mayor’s Work is Never Done”