The More Things Change The More They Stay The Same 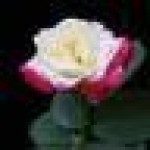 Nothing will elevate political consciousness like losing people you love in a war fought in a jungle on the other side of the world. Especially if you’re all of 18 years old and totally inexperienced in the ways of government and the world around you.  Naivete your name is Youth.

The year was 1968, the event was the Battle of Saigon. Both Bobby and Brad died, Paul and Pat were injured. I remember attending an American Legion event with my Mom and being seated next to a young man who lost a leg along with much of the use of an arm. He had burn scars on his body where the skin was taut and unhealthy looking.  He had a short sleeved shirt on and both arms were burned along with the part of his neck that I could see above his shirt collar.  Napalm. It clings to the skin while it burns it away.

I was shocked, saddened and then angry. Throughout that year, the news had been full of American Deaths in Viet Nam. Then there was the August Democratic Convention riot. American’s who were stepping up and protesting the war were being hurt by the authorities. They were tear gassed and beaten with nightsticks.  Damaged young men returning from the jungle were being given substandard medical treatment at Veteran’s Hospitals all over America. This was WRONG and I was determined to add my voice. I needed to strike out in solidarity with the cause. I was a peaceful person who believed that I had the right to stand up and speak out against injustice.

This was the decade of Civil Rights Movements, of Make Love Not War, and it sucked those of us with little life experience into it’s maw. We really believed that making love and sitting in was going to change the world. So, I put my money where my mouth was and joined a local group who intended on changing the world and bringing about peace and tranquility by throwing flowers at our enemies instead of bullets.

Bluntly put, we were stupid. Even with the evidence brought to us by the Nightly News that we were going to be subjected to police violence, we got out and marched anyway.  A fairly large group of 200 of us marched up to 2 entrance gates to a local Air Force Base and proceeded to sit ourselves down and block access.

Unlike Wall Street, we had organizers who fully informed us as to why we were doing this, what we hoped to accomplish and how to behave when the police got there. We also knew we were going to face some very serious trouble since we were demonstrating in an area that was federal property. This was an offense that could result in some stiff jail time.

Peaceful demonstrations, especially at or near federal lands, were usually met by sending out the riot squad armed with tear gas and assorted weapons. They would fire enough tear gas canisters to create a dense fog and they would wade into it wearing their protective masks and laying about them with their night sticks. If you stayed perfectly calm, they’d pass you by for someone with some fight in them or anybody that moved at all. Tear gas tends to leave you panicked and thrashing around gasping for air while vomiting. The authorities tended to see that as an excuse to claim you were resisting arrest. Once their attention was drawn to such a sufferer, if you could still move, it was best if you did so and get the Hell outta Dodge.

I did my part at the air base and at an armory along with a couple of parks and street corners. In every case, money was spent on pamphlets that we passed out on street corners days in advance of the event. They set forth our goals and invited more to join us in our efforts.

We were peaceful and we were treated by the authorities as if we had perpetrated the most heinous crimes. We wanted peace and they made war on us. By 1969 many far too militant members had joined us and they started building bombs and blowing up buildings as well as themselves. That was when it became much more dangerous to protest and we didn’t have the heart for that kind of violence.

Now, 40 years later I look at those who have inherited what we tried to do back then and I realize that we didn’t really accomplish a thing.  Whatever it was that we tried to give to the future got lost somehow. And I find myself wondering if the reason it got lost is because we didn’t have the heart to blow it all up.